Characters, history and the kingdom - Ni No Kuni: Cross Worlds in a series of video guides

A couple of days before the global release of the mobile mmorpg ni no kuni: Cross Worlds, her developers from Netmarble and Level-5 published a series of seven videos on the key aspects of the project. 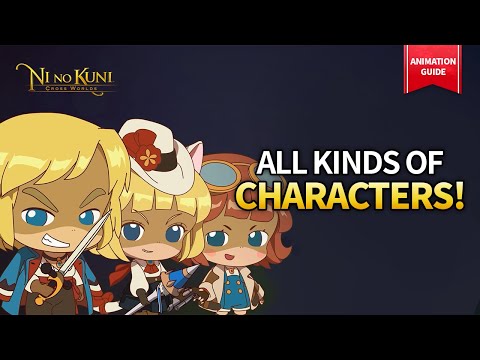 Visually, the guides are made in the style of Chibi and introduce five characters/classes (engineer, crusher, swordsman, witch and rogue), the plot (the beta tester VRMMO Soul Divers enters the real fantasy world), the kingdoms (local guild analogue), the open world, the open world. combat system and other nuances.

Animation is interspersed with shots of the gameplay, which allows you to prepare in a funny form for an ambulance premiere of the very popular game in Asia based on the NI No Kuni series, created with the participation of the legendary Ghibli.

Ni No Kuni: Cross Worlds will be released on PC, Android and iOS on May 25.