In Ni No Kuni: Cross Worlds Bots do not allow players to get into the game

In the recent mobile MMO NI No Kuni: Cross Worlds, players suffer from the dominance of bots that literally block access to the game.

Due to the huge number of bots, ordinary gamers are forced to stand in lines before getting into the game. Naturally, players are extremely unhappy with this fact and begin to underestimate the Ni No Kuni: Cross Worlds rating in the Google store. 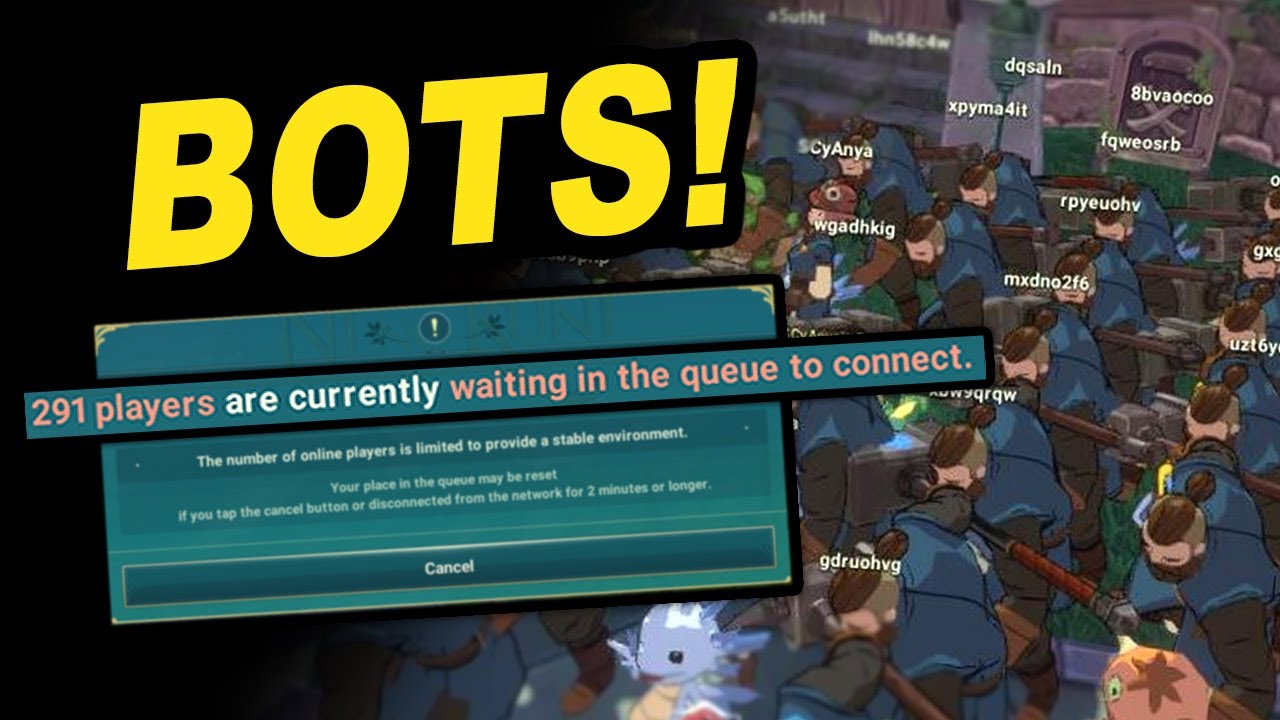 However, the problem with the bots can be solved simply by acquiring Daily’s Adventurr pass, thereby delivering yourself to the queues. But, of course, such a solution does not contribute to the creation of a positive image, let such a function of access to the game without a queue is standard for many mobile projects. Netmarble publisher did not comment on the discontent of the players

The main reason for the huge number of bots in Ni No Kuni: Cross Worlds is the ability to mines cryptocurrency, which literally destroyed the economy of the game and turned it into a stronghold of merciless grind.